Difference between revisions of "Support"

Problems using translatewiki.net? Don't know what to do? Have a feature request? Write your question below. Please link to a particular message if your question is about it.

What does this message mean?

mwlib:043dd90b8ffc8d85153fb1c96bda4bb72aa8fdb2-rendering/en: I tried putting this as a wikilink via the usual template but couldn't get it to work, sorry. I guess that the message 'rendering' appears while the software is producing the book, as in 'rendering in progress' - is this correct? Lloffiwr 18:04, 25 May 2009 (UTC)

Lqt-new-messages ("There are new messages for you.")

I've been wondering the same thing, but only made a mental note to ask the developer. Will report back. Siebrand 15:13, 6 June 2009 (UTC)

Need a test environment to see what it looks like and what the alternative(s) may be. Andrew said he had one, but that hasn't worked yet. If you have a test environment with LiquidThreads at trunk level I can test on, please let me know. Siebrand 14:13, 13 June 2009 (UTC)

In Stablepages ("Pages using edit approval"), English and German versions are quite different. Since German is more detailed, and in the light of parts of the contexts formed by other messages in this group, I tend to assume, the English message should be amended. Can someone confirm this? --Purodha Blissenbach 09:48, 18 June 2009 (UTC)

This was archived too quickly. Repeat of relevant context:

As for Movepagetalktext, you are proposing a functional change. That is not something that is to be dealt with on translatewiki.net. Please create a bugzilla: if you have a functional change request. Cheers! Siebrand 22:41, 18 June 2009 (UTC)

This is being misunderstood. I am not proposing that the watch list mechanism be changed: I am noticing what its current effects are when moving a page, and requesting the message be changed to reflect how it works. Changing instead the move page / watch list interaction to match the English message is a possibility, but that is not what is being proposed here. Urhixidur 13:38, 22 June 2009 (UTC)

I second this request. The current Enslish message is not informative enough. Another possibility is something like "Watch this page and its old title". - AlexSm 17:28, 24 June 2009 (UTC)

Somebody reports the current message for opera users is talking about old versions of opera. in new versions of opera, it's possible to clear browser's cache by pressing alt+f5, see wikipedia:zh:Wikipedia:VPT#问：我应该怎样修改浏览 .js 文件时给出的提示. --Liangent 05:26, 29 June 2009 (UTC)

Feature request : Unless the wikicode provides us with a new function named something like "{{SITEGENDER}}" (giving the gender of the {{SITENAME}}), then having a generic message such as MediaWiki:Aboutsite (and numerous other messages that use {{SITENAME}}) is pointless. For example, in French {{SITENAME}} can be (amongst others) "Wikipédie" (feminine) or "Wiktionnaire" (masculine) (Wikipedia and Wiktionary, if you must ask). The Aboutsite messages are then respectively "À propos de la {{SITENAME}}" and "À propos du {{SITENAME}}". Whichever one is picked as the default forces wiki sites of the other gender to change the message. Urhixidur 14:37, 30 June 2009 (UTC)

The situation is even worse for some other languages, since you also have things like "page in/of {{SITENAME}}" or "e-mail from {{SITENAME}}" or similar where the exact preposition may depend on type and count/duration of syllables in {{SITENAME}}, and the surrounding sentence. Also, {{SITENAME}} could be a compund such as "wiki of medical proteines" which may require an embedded sentence when you cannot simply put a preposition in front of it. That's why I suggest to both avoid {{SITENAME}}, and provide Admins of freshly installed wikis a list of links to messages having {{SITENAME}} that need being checked and/or amended. (bug 14861) --Purodha Blissenbach 00:18, 1 July 2009 (UTC)

Combining word and suffix in Hungarian

Combining a word with a suffix in Hungarian is somewhat complicated; it includes vowel harmony, assimilation and digraphs. It is not always possible for a simple algorithm without a dictionary to always get it right (among other things, composite words should be handled differently), but it is not too hard to get it right in most of the cases. It would be nice to have such a "best effort" function in MediaWiki. I have a few questions about that:

1. Use GRAMMAR if possible, it is in core.
2. Yes, the syntax is GRAMMAR:case-rule-something-else|input}}. Input can be anything and the code can do anything with it.
3. Nothing prevents that. It is always in the content language though.
4. Coding style should adhere to coding standards and best practises. It should also not be unbearably slow. Not all mb_functions are guaranteed to exists, some have simple fallbacks implemented in MediaWiki.
– Nike 17:34, 3 July 2009 (UTC)

But when I use it once and the second parameter is missing, there is no warning. That makes no sence to me. Than give information about the second missing parameter, too. Der Umherirrende 17:12, 3 July 2009 (UTC)

A proposal has been made on Portal:Ja to translate the namespace names into Japanese (it is now only partially translated), but building consensus has not been very easy. I just thought a list of translations in other languages may help us to reach a consensus. Therefore, any format will do, as long as people can see how they are translated in other languages. If it is too much trouble, please do not bother. --Aotake 23:30, 4 July 2009 (UTC)

I guess the answer is no? If so, I would make a list by myself, so could you please let me know it? In the place of the list, would it be possible to find somewhere a statement from developers saying that namespaces should be localized? Some people argue that they rather prefer them to be in English, but I assume that won't coincide with other language messages. --Aotake 23:51, 6 July 2009 (UTC)

Localisation (L10n) is making software available in a language. With the MediaWiki internationalisation (i18n) this is possible for almost every aspect of the software to a high degree. The MediaWiki namespaces are one of those components. Namespaces always have an alias in English. Please be advised that current localisation will definitely not be reversed, so if users of the Japanese Wikipedia would like to use English namespaces by default, you should make a site request in bugzilla: to have this done (which is not possible at the moment as far as I know). Siebrand 08:18, 7 July 2009 (UTC)

The list of localization checks doesn't work for me. Following error message is displayed:

We are aware of that. Problematic messages are now shown together with untranslated, so that page is no longer being refreshed (it was quite slow). – Nike 06:58, 5 July 2009 (UTC)

Well, the issue is somewhat different. Developers keep on breaking the 'no database required to run script' all the time. This time it was broken somewhere on June 28. The same is true for rebuildLanguage.php. Last time IIRC it came from SpecialVersion.php. Siebrand 10:34, 5 July 2009 (UTC)

But I think "Reflist" is enwiki specific and therefore does not exists on all other WMF projects. I do not know if there was a discussion with the Usabitlity team about it? Otherwise I recommend removal of "Reflist". Raymond 19:04, 5 July 2009 (UTC)

Page doesn't scroll up to the top of the page

Please report that in bugzilla: if you think it is a bug. Do not forget to mention that LivePreview is being used. Siebrand 22:34, 5 July 2009 (UTC)

Does this mean that you see the page scrolled up in preview mode after having translated a message? I think this worked before the introduction of the new translation tool. --Michawiki 23:43, 5 July 2009 (UTC)

Ah, you are right I had Live Preview enabled. I disabled Live Preview and now the preview works as usual. Thanks, --Michawiki 23:48, 5 July 2009 (UTC) 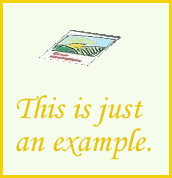 These messages are used in JavaScript. Even though we owuld like to have the functionality there that you are suggesting, it is not available. I suggest you open a bugzilla: asking for it. Siebrand 09:10, 6 July 2009 (UTC)

Currently MediaWiki:Noarticletext has the following text:

I was wondering if isn't more suitable the use of "create" instead of "edit" in the message, since the text appears when the page was not created yet. What do you think? Note that MediaWiki:Vector-view-create is shown in the same situations and currently it is "Create". Helder 12:24, 6 July 2009 (UTC)

Feel free to change your local translation to be the most adequate in your language. I do not feel like indulging all these tiny tweaks, as the message is clear enough. Siebrand 13:09, 6 July 2009 (UTC)

I get Htmlform-invalid-input ("There are problems with some of your input.") without further explanation, when wanting to change the language codes for the auxiliary translations shown in the translation edit window. Likely, I tried to add one or more codes that translatewiki.net does not support (yet).
At a really low priority, I'd like to:

There is no support, nor will there be, for currently unsupported codes. As for invalid input in HTML forms and lacking information, I refer you to open issues about it in bugzilla:. Siebrand 13:08, 6 July 2009 (UTC)
There is (should be) further explanation, just go trough all the tabs. – Nike 13:24, 6 July 2009 (UTC)

Recently I noticed that, after translating a few messages, the big groups don't get updated in Language Stats. If I translate a whole extension, it does disappear from the list but the group MediaWiki extensions keeps the same values both for the untranslated messages and percentage as before. Malafaya 15:02, 6 July 2009 (UTC)

I think the term "from the watchlist" is obsolete, because this message is shown in the tab "watchlist" in preferences. All other message have not this term, for example Tog-watchlisthideminor ("Hide minor edits from the watchlist"). Maybe the same for Tog-hidepatrolled ("Hide patrolled edits from recent changes"). Thanks. Der Umherirrende 19:06, 6 July 2009 (UTC)

User preference descriptions should be specific. If you check the English version of the preferences tab, you'll see that the current wording is both specific and consistent. Siebrand 19:35, 6 July 2009 (UTC)