From translatewiki.net
< User:MarkAHershberger
Jump to navigation Jump to search 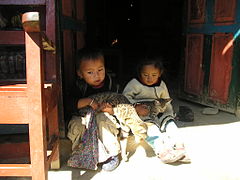