If you work on a piece of code, make sure its the best possible piece of code that can be created and marketed. 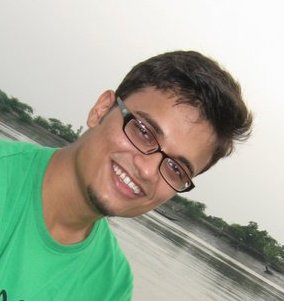 I am Sayak Sarkar, a MediaWiki translator, FOSS enthusiast and a Final Year Post-Grad Student at Symbiosis Institute of Computer Studies & Research, from Pune, India. I am passionate about Open Source technologies and front end web development.

I normal human being (At least that's what I believe myself to be) with some characteristics that some people might find similar to that of a night owl. I have also been a Google Summer of Code participant wherein I've developed Disha - A Visual Based Keyboard Input System for my mother language Bengali.

I am also a Mozilla Rep from the Pune region, wherein I mostly concentrate my efforts on community building and some Web Dev work for the Mozilla India community.

Some of the localization projects I am involved in:

I also happen to be the developer of Disha - A Visual Input Method for a Bengali Keyboard Layout as part of my Google Summer of Code project.