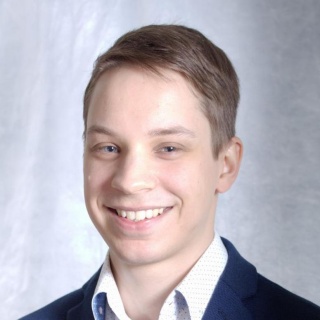 I am Niklas Laxström, the founder of this wiki. My dream is to have translatewiki.net be the best open source translation community for open source projects.

I am currently employed as Engineering Manager in the Wikimedia Foundation Language team. I live in Helsinki, Finland. Despite my name I don't speak Swedish natively – Finnish is my native language and other languages I have learned in school. I have a M.A. degree in language technology.

Map of translators in translatewiki.net

I started by participating in Finnish Wikipedia around summer 2004. Soon I became sysop there and started participating in development of MediaWiki, first by translating it to Finnish. Since then I've made myself comfortable with most of the code base and coded some small fixes and so-called deletion conflict, for example. My contributions have been biased to i18n in many ways. Somewhere in 2006 (?) I started to develop i18n tool in this testwiki. I have to thank Gangleri for testing and attracting translators back then.From summer (fall) 2006 I was six months doing my military service. In summer/fall 2007 this wiki got more active again thanks to Siebrand. The tool was now pretty mature and stand alone extension. Currently there is talk about moving MediaWiki translation to under Wikimedia Foundation's Incubator project. No concrete steps have been taken yet. This wiki also supports localization of FreeCol, open source game resembling Colonization programmed in Java. It hasn't been overly active, but it has contributed few translations to FreeCol. Currently there is no planned changes for it.

On Friday, 9th of November 2007, this wiki moved to virtual server hosting and got a new address, translatewiki.net. Since then, it has been maintained by Siebrand and me. See above for the summer of code projects in which I participated to improve this site. In fall 2010 we switched to the Vector skin. In 2011 we celebrated our sixth birthday along with a very successful translation rally.

In 2008, I participated in Summer of Code Finland with a project to improve the Translate extension which is the core of this site. Main deliverable in that project were framework for supporting different translation file formats, base work for wiki page translation feature and better statistics about translation activity.

In 2009, I participated in Google Summer of Code to again improve the Translate extension. During that project I improved administration tools, fixed known performance and scalability bottlenecks and implement new AJAX enhanced translation interface.

In 2010, the wiki page translation feature got huge boost in bug fixes and features when KDE UserBase started using it.

In 2011, I started working for the WMF in the Language Engineering team (previously called l10n team).

In 2012, Translate got more usage in WMF projects.

In 2013, many of the interface were redone in the Translate UX project by the Language Engineering team.

User:Nemo_bis/History covers the history in more depth and range.